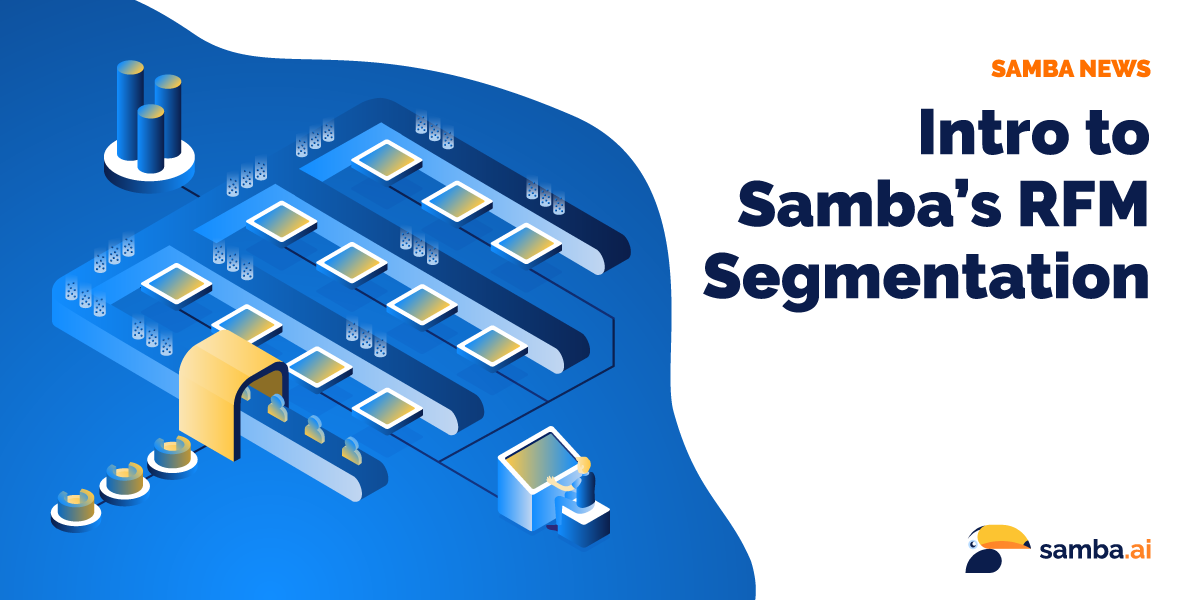 Originally developed to better determine which customers to spend marketing money on and to which degree, RFM is an advanced marketing methodology focused on evaluating the value of your customers and then using those values to help guide or fuel your decisions. By doing so, you’ll be able to have a more precise, relevant approach to each customer, while improving your cost-efficiency and overall customer experience.

For the uninitiated, RFM is an acronym for the 3 basic values measured for each customer:

While we’ve prepared an introduction to the overall concept of RFM and how to work with it, in this article we wanted to dig a bit deeper into how Samba newest RFM filter scores your customers and a brief assessment of each of the 11 segments you’ll come away with once the scoring is completed.

With Samba’s RFM capabilities, each customer’s R, F, and M scores are determined on a scale of 1 to 5, which means your entire database will be split up into 125 groups (i.e. 5x5x5). These scores can be assigned manually, for instance, everyone with one purchase has their F value equal to “1”, or automatically depending on the behavior of the entire database using statistical quantiles, which is the more convenient way.

The final RFM score is usually calculated using weights, which are added to the R,F, and M metrics, like so:

Those weights are based on the type of business, which has a direct correlation on how customers behave. For a general e-commerce business, the most common weight is:

But with all of that said, things aren’t always what they seem. With Samba’s scoring criteria, we tried to let those proven customer segments, and the subsequent best practices to working with them, take the lead on why one score would be classified as a certain segment and not another.

Take the Monetary value for example, which could be calculated as the sum of all completed purchases for a given customer. While it could work like that, this isn’t always the most effective approach for ecommerce due to its correlation to the Frequency value.

Consider customers who buy often, but spend less. Would they be placed into a higher group, simply because their Frequency is bolstering their score? This isn’t necessarily ideal because they would be in the same group as those customers who actually shop often and spend a lot as well.

For this reason, Samba counts Monetary in connection with AOV, or average order value. Thanks to this, customer evaluations are done with far higher accuracy and in this case, those who may shop a lot but spend less overall are in a lower group level, meaning how you approach them will be more relevant and have far more impact.

All 125 RFM scores are segmented and assigned to a RFM groups, based on their respective values. In our Samba model, we use 11 different groups.

The goal of a marketing department and eshop should be pushing the user base to the highest possible levels and to push every customer into the highest group, the “Champions”.

If you’re a Samba Enterprise user, we’ve recently prepared our newest Samba Accelerator, RFM Segmentation, that digs deeper into our segmentation, including more detailed tips and strategies and step-by-step instructions on how to start working with it in Samba.